Below you will find some of the VIToolkit for Windows scripts that I have created in the past.
I’ll update this page with new scripts when I create new ones.

Download the lastest version here.
This is a rewrite of the vcinfo.pl (VIPerlToolkit) that i created a while bach – This version is still in beta.
(Adds information about VMDK path, VMDK size, Network Adaptores, MacAddress, Network Type to Virtual Center)

– Added option to choose a VC folder to apply the VM information to.

More info will be added……

Script to Shutdown and PowerOff VM’s:

It’s possible to use wildcards (*) in the name exclution.

Download the latest version here.
This script creates a list of VM’s that have snapshots attached.
The list is then piped to a html file using the cmdlet ConvertTo-HTML.
And to make it easier to obtain the html file, the file is mailed to who ever as an attachment.
The script is updated to handle multiable snapshots on a VM.

Update the configuration of a VM

Update a VM’s memory
Download the latest version here.
This scripts updates all VM’s that have less than 512MB of memory to 512MB.
Read more about th different options you can choose -> Here.

Update a VM’s ram & others
Download the latest version here.
This script does the same as the script “upgrade_vm_memory.ps1”, but also sets the following config settings

Webpages that shows the development of your ESX enviroment over time as graphs. 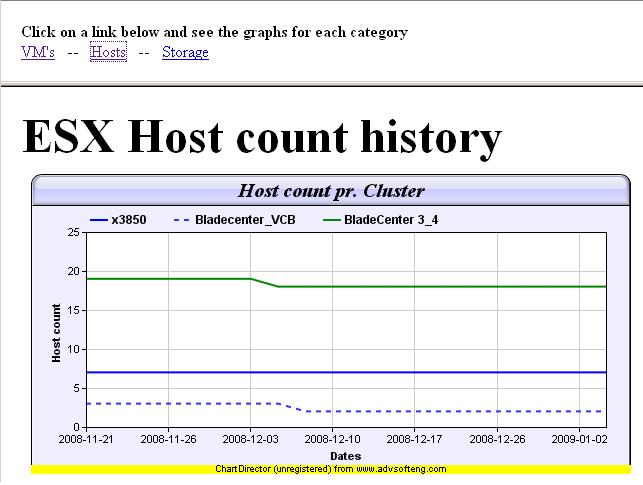 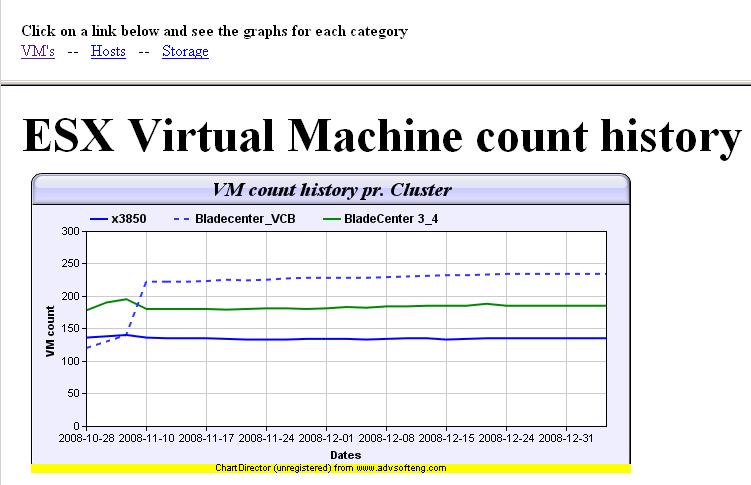 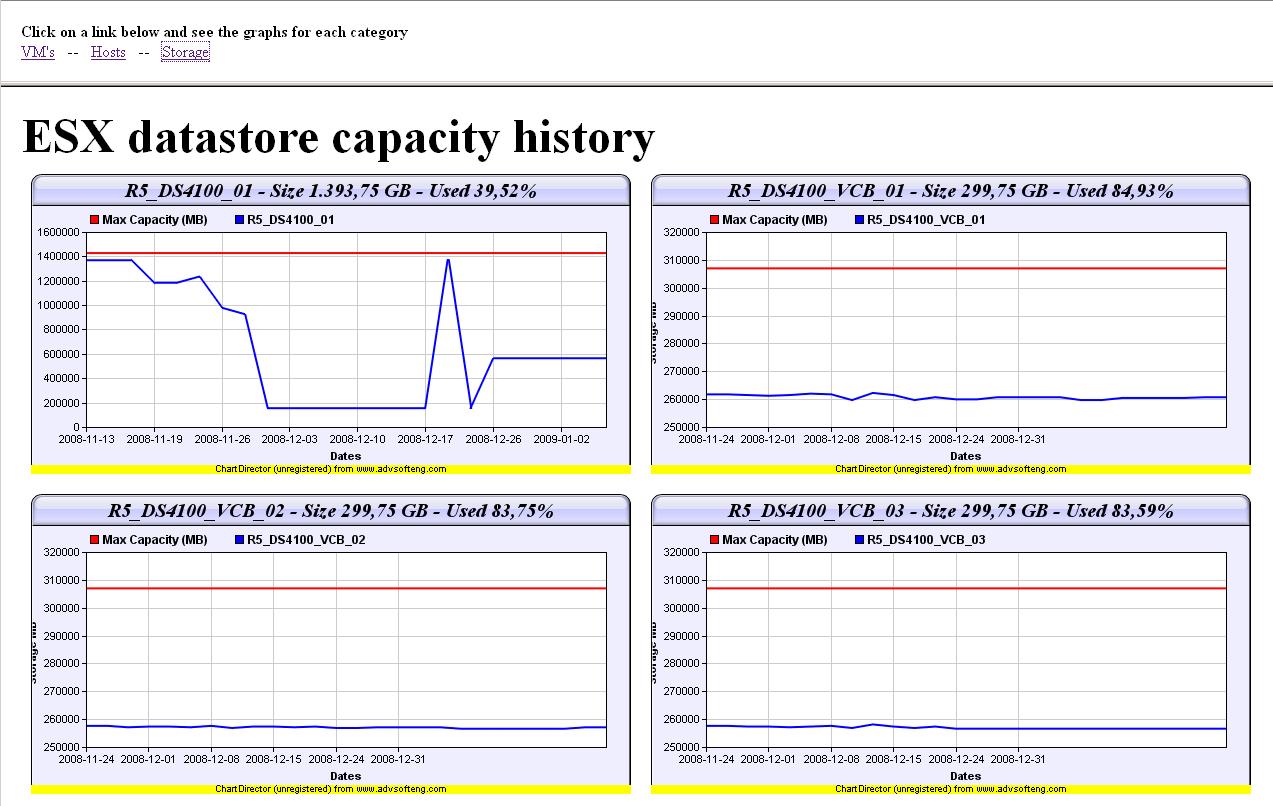 The following information is shown on the graphs:

This script creates lists of VMs, for each of the below statements:

Add a host to a Cluster

This script adds a host to a vSphere Cluster and licenses is.

2 thoughts on “VIToolkit for Windows”